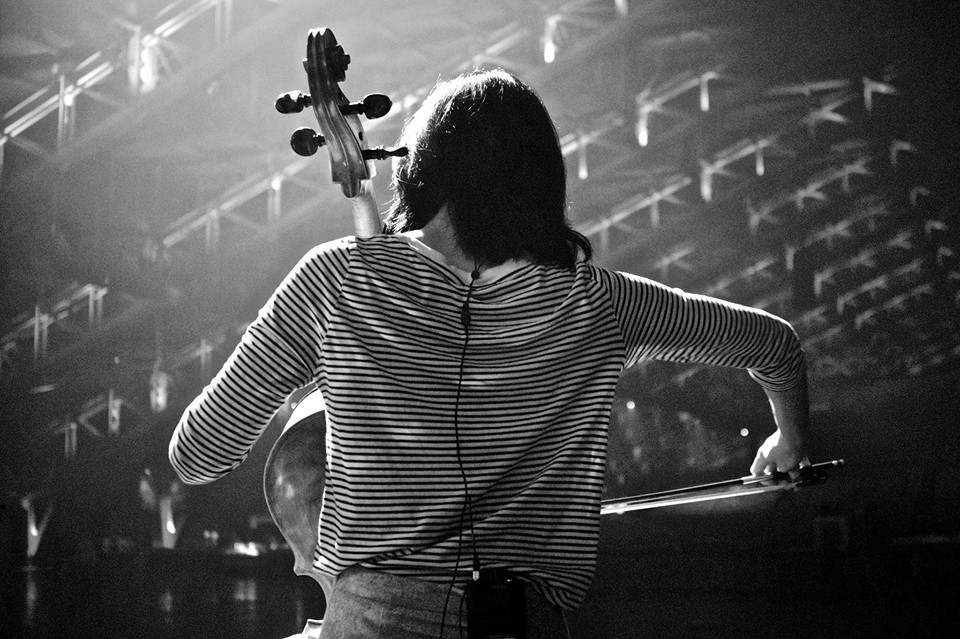 “The cello is my voice and the music is the story I want to tell. I am aiming for a way to move my audience and create an open space for new thoughts on subjects.

Searching for ways to refresh the way we think, see and feel things I want to make the familiar, unfamiliar by deformation of materials, sounds and settings."

Dutch cellist Amber Docters van Leeuwen captivates audiences with her warm, lush sound. Her daring concert programs ambitiously balance modern music by established composers such as Berio, Schnittke and Carter; new work written by her contemporaries like Eef van Breen; and repertoire that varies from the early 17th century to pieces that are rarely performed such as Ibert’s Ghirlarzana and Myaskovsky’s Cello Sonata No. 1.
Always looking for new ways of expression, Amber can often be found combining different art disciplines with her cello playing.
While living in New York, Amber has written original music for multiple theatre pieces by director/playwright Bryan Davidson Blue which have been performed at the historic Cherry Lane Theatre.
She created a platform for herself to perform her own compositions, a cello solo performance with electronics.

After graduating with honours from the Royal Conservatory of the Hague, where she studied with Dmitri Ferschtman, Amber moved to New York, with the aid of the Fulbright Foundation. She continued her studies with David Geber at the Manhattan School of Music,  from where she graduated with a Master’s degree, the Pablo Casals Award, and the Van Lier Award. Amber is the first prize winner of the 2008 National Cello Competition in Amsterdam and recipient of the Samuel Mayes Memorial Cello Award from the Tanglewood Music Center. She has given recitals all over the world, from Carnegie Hall in New York to the Concertgebouw in Amsterdam. With her broad sound and complete conviction, Amber leaves audiences wanting more, or as the prominent Dutch newspaper the Volkskrant wrote:  “...the Muziekgebouw aan ‘t IJ shook from all the ovations.”

Amber has been signed to the record label Brilliant Classics and successfully released her debut CD 'Flavours' in 2012. As a chambermusician, she is a member of the Helix trio with Birthe Blom and Joel Waterman.